You all know about Pearl Harbor, but other notable events happened on December 7.

574 – The Byzantine Emperor Justin II abdicates due to recurring insanity brought on by waging too many wars in the Middle East.

Darnley and the Queen, before his “accident”

1545 – Lord Darnley is born. He marries Mary, Queen of Scots in 1565. He has Mary’s secretary and rumored lover killed in 1566. He is killed in an explosion in 1567, probably planned by the man who would become Mary’s next husband. Game of Thrones, you ain’t got nothin’ on the Scots.

1672 – Richard Bellingham, former Governor of Massachusetts Bay Colony, dies. Lawsuits over his estate were blamed for the delays in Boston’s Big Dig project (1982 – 2038?). 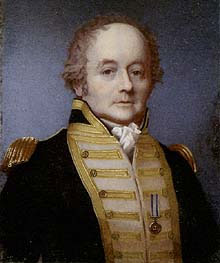 Bligh in one of his cheerier moments

1817 – William Bligh dies. It’s a shame he’s remembered only as the failed captain of the HMS Bounty. He was also the failed Governor of New South Wales as well.

1862 – The Battle of Prairie Grove, the only Civil War battle fought by armies of prairie dogs, ends when all the prairie dogs jump off a cliff and drown.

1905 – Gerard Kuiper is born. His belt size increased so much that it now circles the Solar System beyond Neptune.

1917 – The United States Congress declares war on the Austro-Hungarian Empire after debating for six days whether it really exists.

1930 – The worst disaster in United States history: the first television commercial is broadcast.

Every taxi ride deserves a sequel

1965 – The Pope and the Patriarch of Constantinople say they were just kidding when they excommunicated each other more than nine centuries earlier.

1972 – Apollo 17, which the U.S. Government would have you believe was the last manned moon mission, is launched. Either it was all a fake and we never landed on the moon, or it was just the preliminary steps for Apollo 18 setting up a permanent base on the dark side of the moon to defeat the Nazis there; possibly both.

(N.B.: Not to be used to prepare for a history test, to write a history paper, or to drive a taxi.)

11 thoughts on “This day MISremembered in History: December 7”