Today, if you look at a map of the world, its land mass is likely to be divided up into about 200 nations, each marked in a distinctive color, which collectively take up the entire land surface of the earth.[i] The idea that the world should be divided up into nations, each of which occupies its exclusive territory, seems so natural that it’s hard to realize that in its fullest form this idea is only about a century and a half old.

For European rulers at the dawn of the modern era, sovereignty wasn’t primarily about uniform control of territory under one set of laws, nor about a nation of people. It was about rights held by the rulers over people, communities, institutions, and lands, rights which were not necessarily territorial in nature. For example, the rulers of a city might have the right to use the water from a spring that was several miles away on land ruled by someone else. Or a king might be able to regulate market days in his kingdom, except for certain cities which had purchased the right to regulate their own market days from the king’s predecessors. Or some individual might be ruler of several lands, and yet he might have different rights in each land, each land might have different laws, and their union under that individual might not survive his death. England and Scotland were ruled by the same people from 1603 onward, but they didn’t have a common government until 1707, and still have some different laws. That combination has endured for a long time, while the union of Sweden and Poland under the same king didn’t even last seven years (1592-99).

The Austro-Hungarian Empire was another example of two states under one monarch. Note how it consisted of many peoples, several of which have their own nations today.

“But what does this have to do with piracy?” you ask. Well, the rise of piracy in the Caribbean between 1630 and 1730 has to do with how European rulers tried to extend their sovereignty over the New World.

Christopher Columbus’s “discovery” of the New World in 1492 led the Pope in 1493 to give the Spanish monarchs the right to conquer the heathen lands of the New World and bring Christianity to the natives there.[ii] This set up two important principles for staking a claim to lands in the New World: discover it, and get the Pope to ratify your claim.

Alas for the Spanish, the Protestant Reformation turned England and the Netherlands into Protestant countries, which didn’t care one bit what the Pope said. So along with the first two principles came a third: a European ruler could lay claim to territory in the New World simply by occupying it in force with settlers and soldiers.

Hence from 1600 onward, the Caribbean became the scene of a conflict between the Spanish, who thought they had an exclusive right to the region[iii], while the English, Dutch, and French, along with some minor powers, simply tried to seize and hold islands and coastal settlements in the region, sometimes successfully, sometimes not. And, as we’ll discuss in class, they found the buccaneers useful auxiliaries in supporting their wars against the Spanish as late as the 1690s. 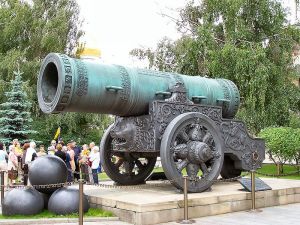 Meanwhile, powerful rulers were beginning to transforms their domains into states more closely resembling the ones we have today, with uniform laws and exclusive territorial control. Curiously, that development raised a problem in prosecuting pirates. For states only controlled their territorial waters. No state controlled the high seas, the waters more than 3 miles offshore. So if pirates operated on the high seas, who had the right to prosecute them?

Legal theorists had developed the idea of international law, law that applied to relations between states (not necessarily what we would call nations these days, but close enough). The idea was that there should be laws that apply universally to all humans, laws that could even constrain the actions of states. Who would enforce these laws was a good question, but the concept was there.

And so the laws of European states were extended over the oceans to which they had no proper claim, even in their own eyes, for the sake of ridding the world of piracy.

[i] There are a few exceptions, including colonial possessions, disputed territories, and officially unclaimed territories.

[ii] Brazil was the exception, granted to the Portuguese because of their prior voyages of exploration, and due to the geographical accident of being east of the line drawn in the Treaty of Tordesillas (1494) between Spain and Portugal modifying the Pope’s ruling.

[iii] Officially conditional on converting the natives to Christianity, which, it must be said, the Spanish often did, never mind how or that they then proceeded to exploit the natives. The English policy of effectively driving the Native Americans off their lands wasn’t any better.