Marbury v. Madison, decided February 24, 1803. Maybe you dimly recall this Supreme Court decision from high school history classes. Maybe you know it’s important. But why is it important, and how did it come about? 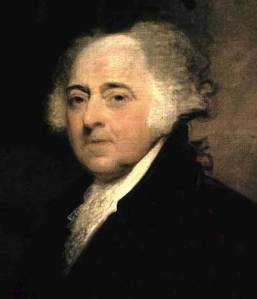 Federalist John Adams was so annoyed with Jefferson succeeding him that he left town rather than attend Jefferson’s inauguration.

For those who think of the Founding Fathers as high-minded individuals, it may be a bit of a shock to realize they could act from clearly partisan motives. The Federalists had been defeated by Thomas Jefferson and the Democratic-Republican Party in the election of 1800. Wanting to assure continued Federalist control of the judiciary, the Federalists passed a new law to create many new judicial positions, and proceeded to fill them with their allies.

However, not all the commissions had been handed out to the new judges when the Democratic-Republicans took over. And the new Jefferson Administration refused to give the commissions to the judges in question, which meant they could not serve as judges. 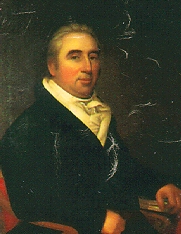 Don’t recognize him? It’s William Marbury. I wouldn’t have known him, either.

William Marbury was one such disappointed individual. To get his commission, he sued James Madison, who as Secretary of State was responsible for issuing the commission, demanding it be issued to him.

Now, the justices on the Supreme Court were all Federalist appointees. If they ruled in favor of Marbury, Jefferson could claim they were part of a partisan Federalist plot against the people. If against, well, the Federalists would at least have been deprived of a judgeship. Jefferson must have felt he couldn’t lose either way.

He was in for a surprise. The Court decided 4-0 against Marbury. But in his opinion, Chief Justice John Marshall ruled that the reason Marbury’s case failed was because he sued under an unconstitutional law, and that it was the right and duty of the Supreme Court to judge the constitutionality of laws under the provisions of United States Constitution. This became known as the doctrine of judicial review, and is a fundamental component of the Supreme Court’s role to this day.

Jefferson was dismayed. True, Madison wouldn’t have to release all those Federalist judicial commissions. But this decision made it clear that Federalist judges would use their power as a check on Democratic-Republicans. And from a nobler, less partisan perspective, Jefferson feared such a powerful judiciary would become a group of unchecked oligarchs.

The Supreme Court hasn’t been the only body to claim the right to determine the constitutionality of laws. Presidents from Washington to the present have done so. The states did so from the era of the Virginia and Kentucky resolutions (1798-99) until the Civil War . . . and not seriously since. Nor has the Supreme Court’s ability to enforce its judgments been unchallenged. But the doctrine of judicial review has survived.

Today, if constitutional issues are involved in a legal case, we expect that the Supreme Court will decide how the Constitution will be read and how it applies to the issues in question. That is why Marbury v. Madison is important.